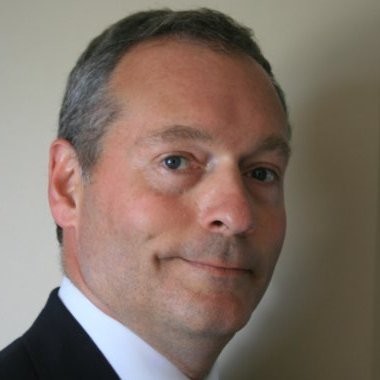 Jim Linerode is a professional who understands the importance of networking when looking for new opportunity.  This is why he partnered with MicroTrain when starting the next chapter in his career.  After talking with other MicroTrain alums at job fairs, he saw a good fit.

Jim knew he wanted to pursue his Project Management certification but was looking for guidance on where to start.  He found the instructors’ real world experience crucial in his education at MicroTrain.  When reflecting on his experience at MicroTrain, Jim said, “I would say instructors provided industry insight.  They were able to show how to apply these skills in the real world.  [For example,] I didn’t know that the Business Analyst role existed.  So just to understand how these roles fit in different industries was helpful.”

According to Jim, his PMP certification led to interviews and job offers from multiple companies and he ended up in his current role after a recruiter with whom he had been working contacted him.  Employers respected that he was using his employment gap to broaden his skillset.  One major piece of advice Jim has for students is to follow through with the certifications; take them seriously and use them as a networking opportunity.

Today, Mr. Linerode serves as Reliability Senior Technical Specialist for Navistar.  Even in his new position, he has kept in touch with some of his classmates and has even referred some MicroTrain students to Navistar.  Jim encourages those in similar situations to his to get out and talk to people and says that staring “Staring at the screen all day long is not recommended…  I’m still in touch with several students, helping them through their interview process and sharing lessons.”

Microtrain presents the course material in an interesting and concise manner. Microtrain gives the student all the resources necessary to pass the certification exams. Both the Chicago and Lombard facilities were excellent, and the staff goes to any length to accommodate any student changes.

I was laid off for many months and not really getting many callbacks for my resume and no job offers. After I put the letters PMP on it, not only did I see an increase in quantity, but also quality of interviews. I had been spinning my wheels for 5 months, and after the PMP went on, I had 2 job offers in 6 weeks. It really was the "golden ticket"

Dawn has been a pleasure to work with. She is diligent in her efforts to give MicroTrain’s students the best opportunities to connect and network with various companies and players in the job market. The curriculums and certification programs are in line with today’s current IT needs. It’s good to see that they evolve with what employers are most seeking out there. I would recommend to any employer that hires skilled IT workers that they look into MicroTrain’s career services department as a potential source of candidates. The business of hiring can be quite costly, and Dawn and her staff provide a free service to outside companies. This value-add for MicroTrain’s students aligns with their mission in both training and job assistance to set up a win/win scenario for all involved.

Thanks Microtrain for conducting a great PMP course that set me on a successful path to obtain my PMP certification. I have passed the test!